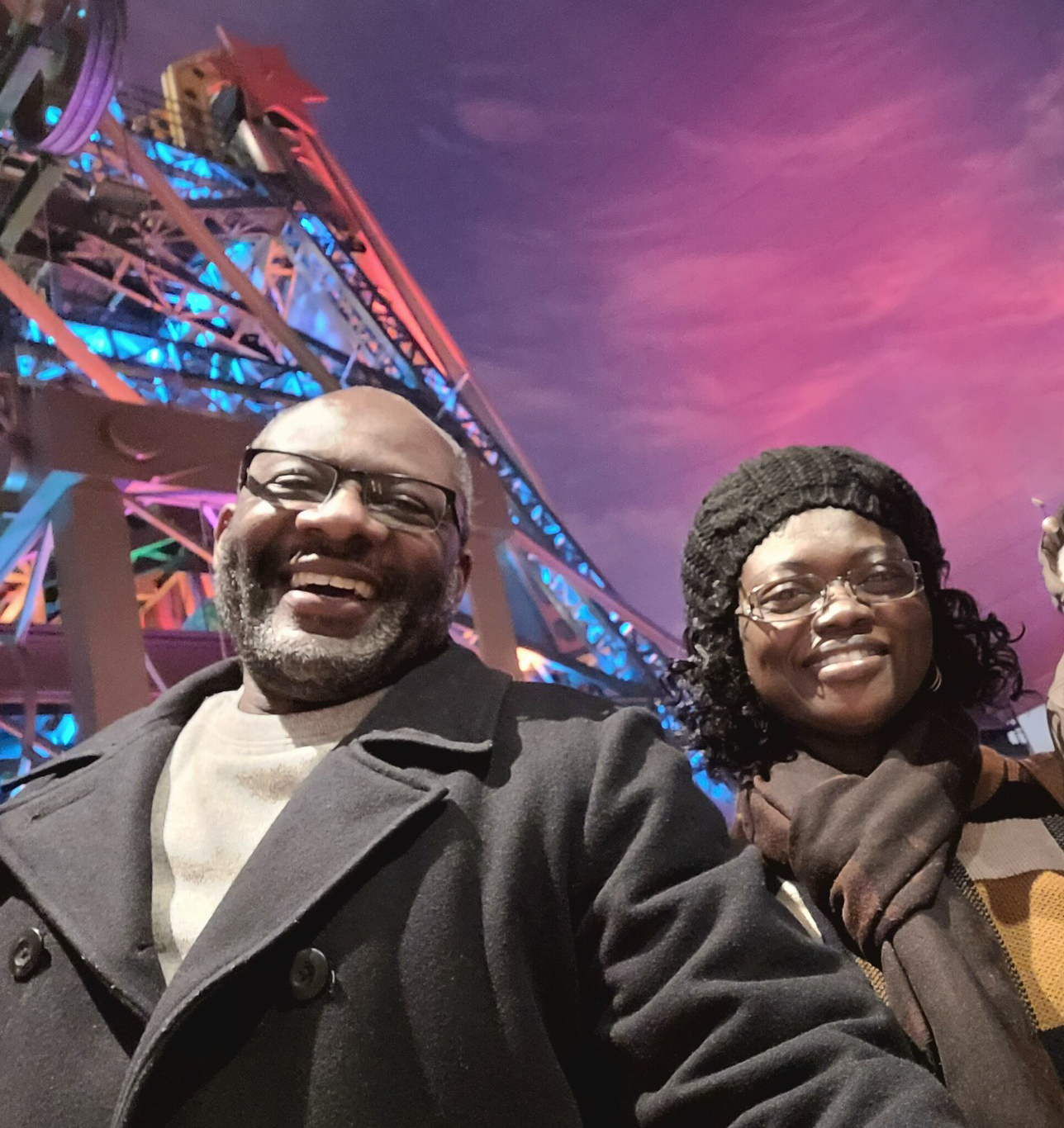 Then I heard the voice of the Lord saying, “Whom shall I send? And who will go for us?” And I said, “Here am I. Send me!”

This is our brief story.

We are very grateful for the opportunity to share our story with you. We met at school in 1985.

Kwame’s jovial and friendly personality attracted Ivy and her friends to him, and they soon became very good friends. Kwame and Ivy’s relationship grew closer as they neared the completion of their studies. Ivy lived at the University of Ghana, Legon at the time and Kwame would visit frequently.

On one of those visits in 1988, Kwame had a vision after a short prayer walk with Ivy. In the vision, Kwame was told that he would go to the United States to become a doctor and return to Ghana to help his people. Kwame did not take this seriously at first, because he was already preparing to go to the UK for further education. However, he received a surprise letter from his uncle in Sacramento, California that invited him to come for a summer vacation. In the summer of 1988, Kwame made it to California after several missed flights. Kwame had a very eventful summer in Sacramento which led to a confirmation that God had indeed spoken to him that afternoon at Legon. He served diligently at Southpointe Christian Center for about three months.

In November of 1988 Kwame returned to Ghana to get his student visa to return in January to start school at Sacramento City College. However, several unexpected challenges delayed Kwame’s return to California in January 1989 to continue his education. By God's grace, that delay turned out to be a perfectly planned work by God to position Kwame in the place that aligned with what God had planned for him.

Ivy joined Kwame in 1994 and together, they have three children: Angela, Danielle, and Ivan. They continued to serve in Calvary Temple Church in Concord, and later Harvest Church in Elk Grove. They also helped establish several Ghanaian churches in their community, including Pentecost International Worship Center in Sacramento, and Lighthouse Chapel, International in Sacramento and Stockton.

In March of 2010, as Kwame walked up the stage to receive his recognition for obtaining his doctoral degree, the Holy Spirit reminded him of the 1988 vision of his call to serve Ghana. Later that year, Kwame founded Trans-Atlantic Environmental- Light the World Missions and began his ministry work in Ghana. Kwame and Ivy have since relocated to Ghana, as Light the World Missions continue to reach the lost in the hinterlands.